With Bushiroad World Championship 2016 (BWC) out of the way, now is a great time to analyse where exactly Royal Paladin stands in the current format. 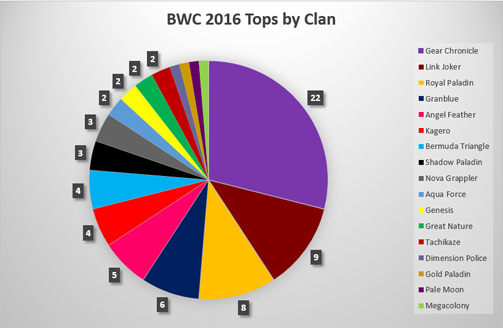 Above is a chart demonstrating the amount of top 3 placings each individual clan had during the BWC. Despite the obvious large margin between Gear Chronicle and the rest of the other clans, we can see that Royal Paladin is definitely a contender with 8 top 3 placings and a nice overall 3rd place finish as a result. 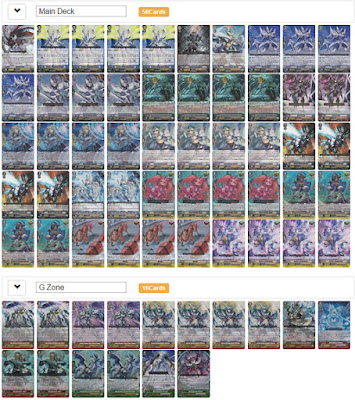 The Thing Blaster variant is by far the most successful variant out of the three mentioned above as it is the only build that was capable of taking 1st place at a BWC in Germany. Considering the sheer amount of power the deck is capable of dishing out and the match-ups the deck has to usually overcome to climb to the top, it is no surprise to see this variant do well in tournaments.

The TSD variant is Royal Paladin’s “jack of all trades” deck. With both the Blaster engine and Thing Saver Dragon in the deck, it shares the early aggression from the Sanctuary Guard variants and the devastating late game from the Altmile one. Whether it’s Llew‘s or Majesty Lord Blaster‘s early aggression, they both fuel the Soul for Thing Saver to be a devastating finisher in the late game. In tournaments where the deck has the possibility to go against multiple different match-ups, it goes without saying that being able to cover both the early and the late game with potent options is a good thing. 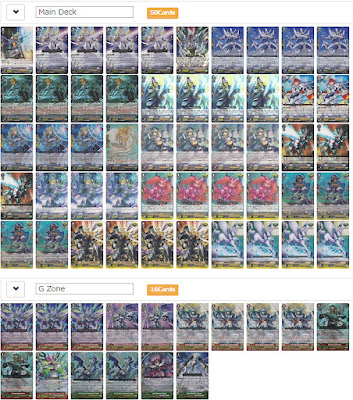 The second most successful Royal Paladin variant is the Sanctuary Blaster variant. Although it did not win any BWC, the deck managed be the Runner-up at three different events (New York, Malaysia and Illnois). In a tournament format where each matches are best out of 1 up until top 8, sacrificing a bit of consistency for speed and power is not a bad idea. The Japanese players already proved that theory by making “16 crit Sanctuary Guard” one of the most played and successful Royal Paladin deck in their best of 1 meta. With SGD’s current success, that theory gets reinforced even more.

The Sanctuary Blaster build consists of maximising the chances of getting optimal early game plays. It does so by cutting the amount of Grade 3 units in the deck and filling those spots with great Grade 2 units such as Benon, Knight of Twin Sword and the entire Blaster engine. By having an early game that good, it makes it so that the opponent don’t have much time to stabilise once Regalie is Stridden on turn 4. It’s a deck that relies on overwhelming the opponent with speed, power and insane amount of pressure early in the game in exchange for consistency and late game power plays. Considering how most decks strive from going to the late game, seeing Sanctuary Blaster plough through slower decks and easily reach the top 8 brackets is far from surprising. 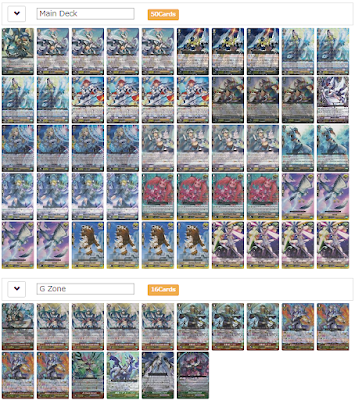 Finally, we have the least successful build out of three Royal Paladin variants: Altmile. The Altmile variant managed to take second place at both the Philippines and the Mexico Championship. Although the two decks that placed had a very similar core, the decks were built very differently and in a way that each pilot could adapt to what they were expecting to play against at their tournament. Indeed, malleability and adaptability are the main advantages Altmile gives the player as, aside from the obligatory “Blue Sky Knight, Altmile“, the deck doesn’t require specific mandatory units in the build to be played efficiently. This freedom of choice enables the possibility of using units like Alfred Exiv with Holy Squire Dragon to cover the infamously bad Link Joker match-up or having the choice between different engines (Blaster/Benon/Brave) in the grade 2 lineup to adapt to the meta.

While the Sanctuary Blaster variant strives from rushing the opponent early on, the Altmile variant strives from slowly setting up for the late game. By generating advantage with the likes of Benon/Violinist/Hopesong Angel and Aerial Altmile in the the mid game, it gains enough sustaining power to survive the early aggression turns with ease. Thereafter, once the late game is reached and everything is set up, Transcending the Heavens Altmile comes in with its devastating multi-attack power plays to put the last remaining nails in the opponent’s coffin.

The Altmile variant’s style of play is a bit more closer to the traditional Royal Paladin play-style where its a mix of steadily building advantage and poking the opposing party with good numbers due to good field composition. It’s also a very versatile deck that can build itself so that it doesn’t badly lose to any particular match-up. It is for those reasons that Altmile is known to be the most balanced Royal Paladin variant at the moment and why it has seen a bit of success during the Championship series.